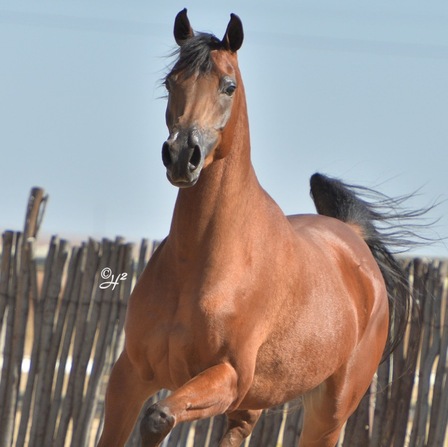 Congratulations to Mr. Ludwig Sistenich on the purchase of this *Marajj daughter.

The show record speaks for itself ! MARAJJ is a tremendous and very promising young stallion who has it all....type, elegance, class and movement. Marajj sire, Marwan Al Shaqab, is perhaps one of the most talked about young stallions of today.  He has been named World Junior Champion Colt and twice US National Champion Junior Stallion..etc.