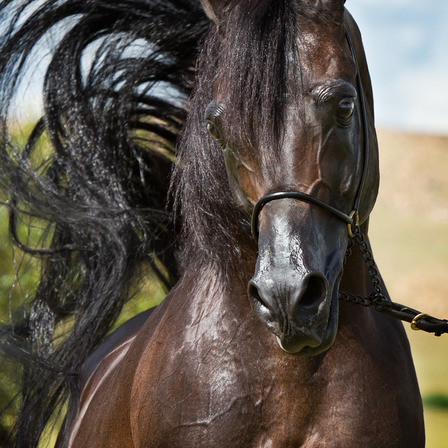 The beginnings of legends are often humble, despite the fact that their endings are remembered for the ages. A peasant girl goes on to become a saint; a journey to return home becomes an Odyssey. And a black bay colt, born on a small farm in Canada, can rise to become one of the Arabian breed’s most noteworthy sires, and travel around the world to change the face of Arabian horse breeding in South Africa. That colt, on whom so many people’s dreams have pivoted, is Magic Dream.

From Magic Dream’s first foal crop onward, it was obvious that he was going to set himself apart as a breeding horse, and, indeed, that was the trajectory that his career would take. He did make show ring appearances and earned accolades there, as well, including his U.S. and Canadian National Top Ten titles in 1995. “He didn’t have a big show career, but he had a fun one,”

Greg Knowles, who have been the most instrumental people in Magic Dream’s life, describes Magic Dream : “To me, Magic Dream is spectacular, based on his total balance,” Knowles says. “If you draw him up, and you do the shape of neck and the ears, the eyes, the muzzle, the shoulder, the back and the hip – it’s almost flawless because of how balanced those elements are. Those features are extreme because they’re balanced, as opposed to a horse that has one extreme feature.” It’s Magic Dream’s balance, his ability to bring together so many physical examples of excellence, that translates into strong breeding. “I think that’s the secret to his daughters – they are horses that have a strong foundation, strong conformation,” Knowles says. “They offer a lot of very high quality traits to very famous stallions, and they produce good babies.” Sandro Pinha has no doubts about what Magic Dream’s contribution will mean for South Africa. “He will be the most important horse in South Africa, and not only for the Strydoms,” Pinha says. “He will be the leader.” 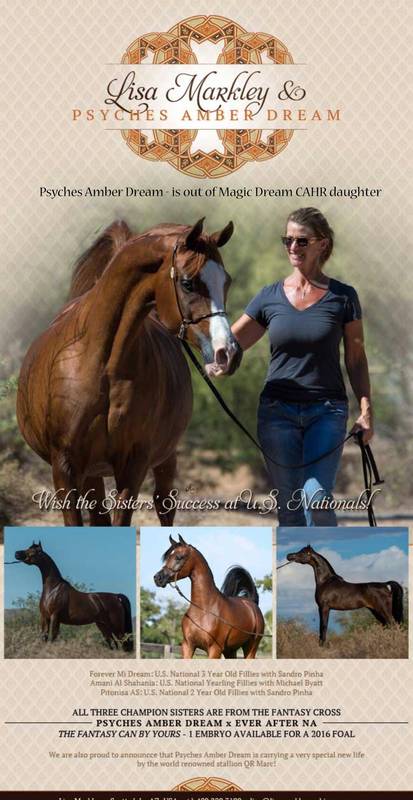